Several chapters are already familiar to non-lawyers, and even part of the lingo used by companies, individuals, lenders, borrowers, and creditors. Generally, these are Chapters 7, 11, and 13. Each of these chapters defines and delineates a different type of bankruptcy.

However, as the numbers would indicate these aren’t the only chapters in the federal Bankruptcy Code and there are other laws that also govern bankruptcy proceedings. A bankruptcy attorney is responsible for developing an in-depth knowledge of every statute and section of these laws. Clients, on the other hand, approach bankruptcy with very little information or familiarity with the applicable provisions.

Gaining general knowledge of the following four provisions can lead to a more straightforward and smooth bankruptcy process. For questions on your proceedings, always contact a knowledgeable bankruptcy attorney.

Why Can the Government Regulate Bankruptcy: Article 1, Section 8

Who Can File Bankruptcy: Chapter 1

In Chapter 1 of the federal Bankruptcy Code are several provisions on the logistics and general information of bankruptcy in the United States, including in New York. One of these provisions, answers a very important question: who can file for federal bankruptcy as a debtor?

In the Bankruptcy Code, it states that anyone who resides, has domicile, has a place of business, or property in the United States can file for bankruptcy. A municipality may also file for bankruptcy under this statement. This encompassing definition applies to both individuals and businesses.

However, certain chapters in the Bankruptcy Code have their own eligibility requirements. For example, a railroad company, domestic savings bank, lending institution, or credit union cannot be a debtor under Chapter 7. On the other hand, Chapter 9 prohibits entities from being debtors unless it is an insolvent municipality that has been specially authorized to file under the chapter and has approval from creditors.

Bankruptcy is also governed by a separate set of rules called the Federal Rules of Bankruptcy Procedure. As the title suggests, these rules provide the overview and details of procedural requirements to file for any type of bankruptcy.

Rule 1002 of the Federal Rules of Bankruptcy Procedure states the correct process for starting a bankruptcy case. This rule provides a lot of information, some of which is best explained in relation to the specific circumstances of your case. But all clients should know that there are two ways to file for bankruptcy, voluntary and involuntary.

Under Section 547, found in Chapter 5, of the Bankruptcy Code a debtor is prohibited from selectively paying off debts and loans before filing for bankruptcy. These preferential payments just prior to bankruptcy can have a substantial impact on other creditors and their ability to recoup a debt. Therefore, the bankruptcy laws allow such transfers to be unwound during bankruptcy proceedings, and in some cases could even be deemed fraudulent.

It’s essential that debtors understand the definition of preferential payments. These are any payments made to a creditor, while the debtor was insolvent, and within 90 days of filing for bankruptcy. If such payments provided a creditor with more funds than would have been received during bankruptcy, the court can unwind the payment. There are several exceptions that can be discussed with your bankruptcy attorney. 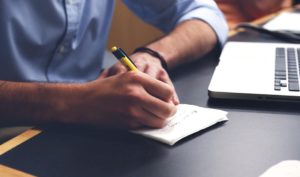 There is far more to know about bankruptcy than these four provisions. Several procedural and substantive bankruptcy laws set requirements for debtors that must be followed. A New York bankruptcy attorney can identify, explain, and apply these laws to your case and help you through this complex process.

Contact Simon Haysom an experienced bankruptcy and foreclosure attorney to find out more about the laws you need to know and how to follow them. Our Long Island office can be reached at 845-294-3569.

The information in this blog post (“Post”) is provided for general informational purposes only, and may not reflect the current law in your jurisdiction. No information contained in this Post should be construed as legal advice from Simon Haysom, LLC or the individual author, nor is it intended to be a substitute for legal counsel on any subject matter.